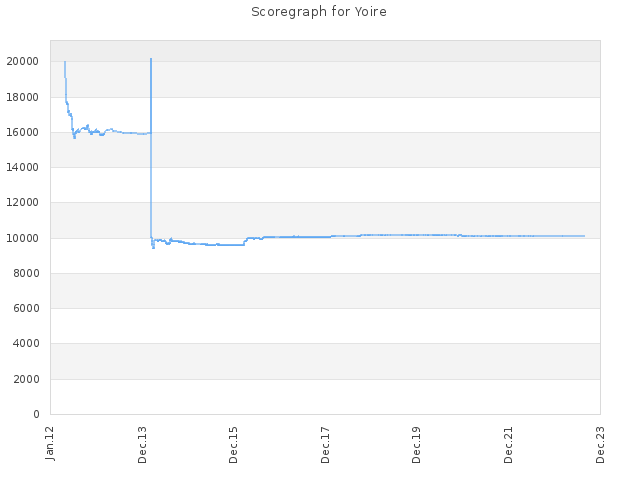 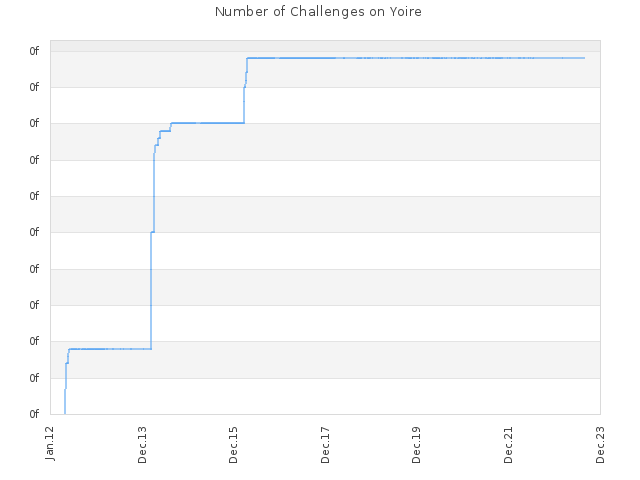 is not a valid response from yoire.

The User is Offline
RE: Comments on yoire
Oct 06, 2017 - 15:52:18 (2y 242d) Google/translate1Thank You!1Good Post!0Bad Post! link
There is a limited update when the maximum score changes. That is the WeChall points are recalculated based on the old user score and the new maximum.

However, Yoire reports a percentage as score, so the maximum score will always be 100%, making such a recalculation useless.

We do not update all user scores, because this is almost a DOS attack on the site with the current API.

One solution could be to ignore the reported score and just use the number of solved challenges as the score instead.